View a series of photos showcasing the restoration and conversion of Locomotive 493. 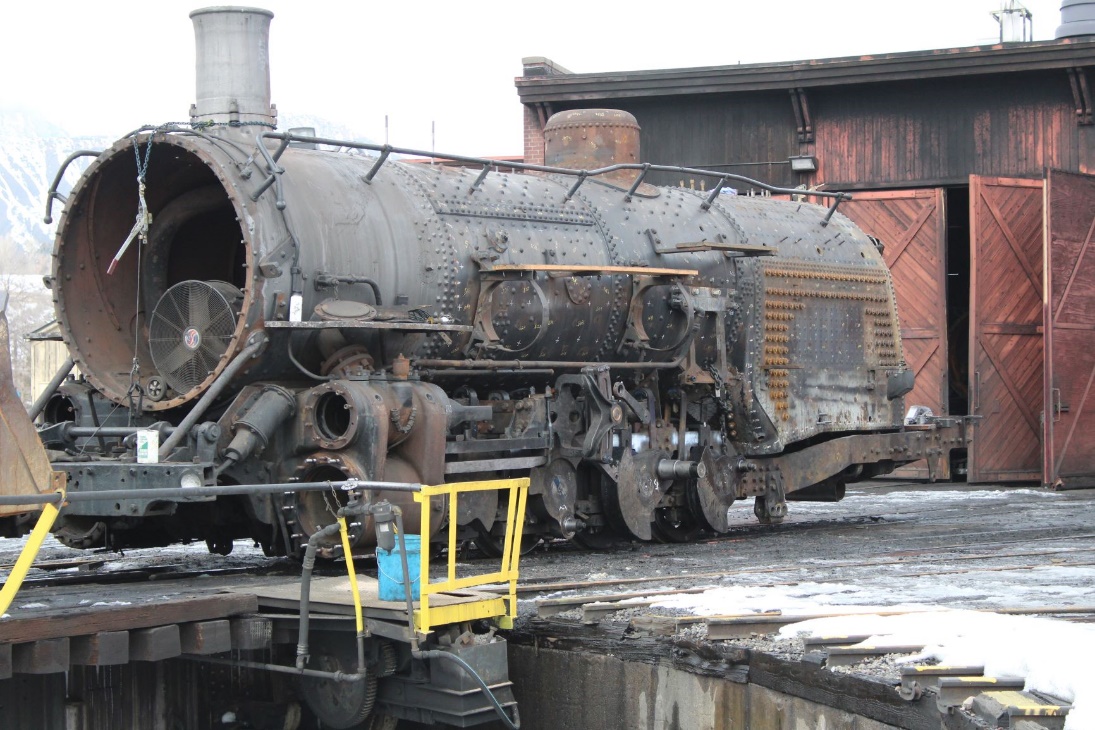 Locomotive #493 outside the Durango & Silverton Roundhouse.

January 2019 – Roundhouse crew member Andy Begay, adding flexible sleeves on the backhead in the location of the former arch tubes. 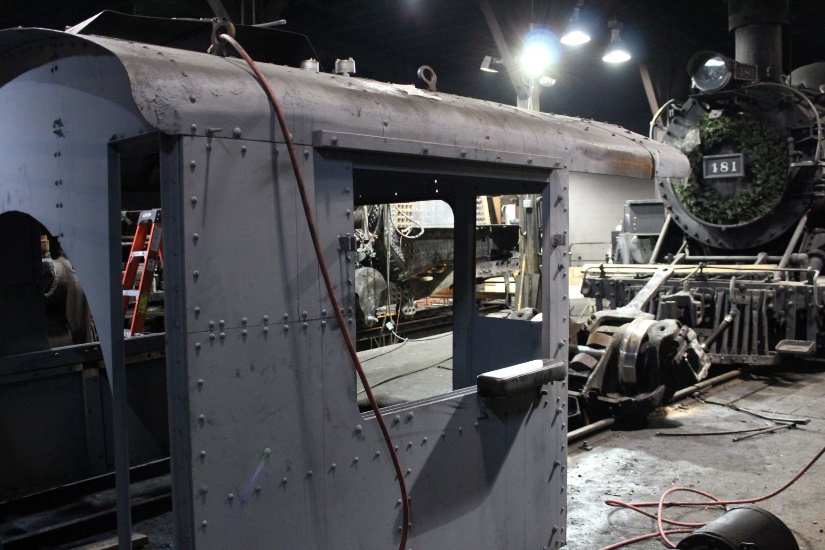 The 493 cab received all-new side and front panels, framing, and all new woodwork. The roof is about the only original part of it remaining. 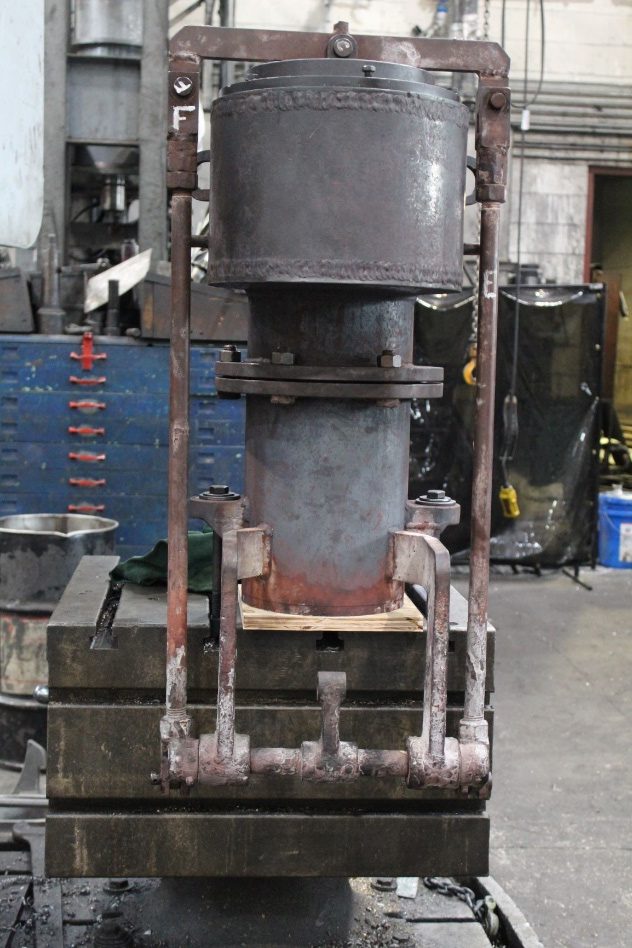 March 2019 – Above is the throttle built by the D&SNG for the 497 in the 1980‚ when the D&S owned the 497. The throttle was borrowed from the 497 which is now at the C&TS. The D&S is designing and constructing a new throttle for the 493 that will ultimately replace the borrowed one seen here. 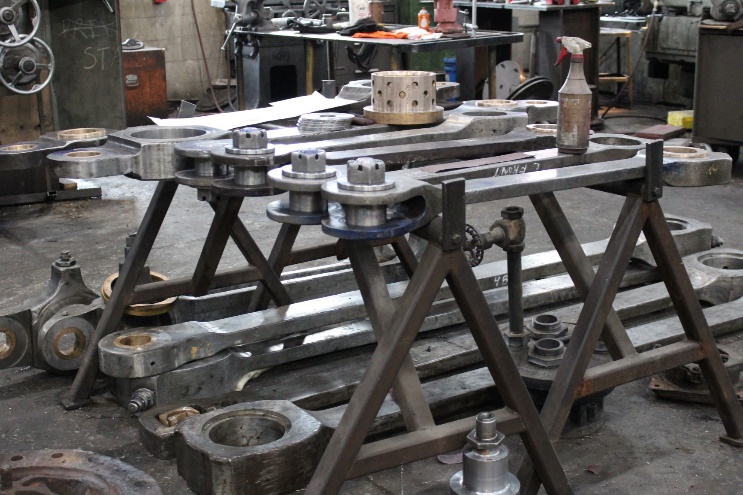 March 2019 – Side rods‚ there is actually at least two locomotives worth there, more than just 493. Work was cleaned, crack checked, bored, and new pins and grasses. 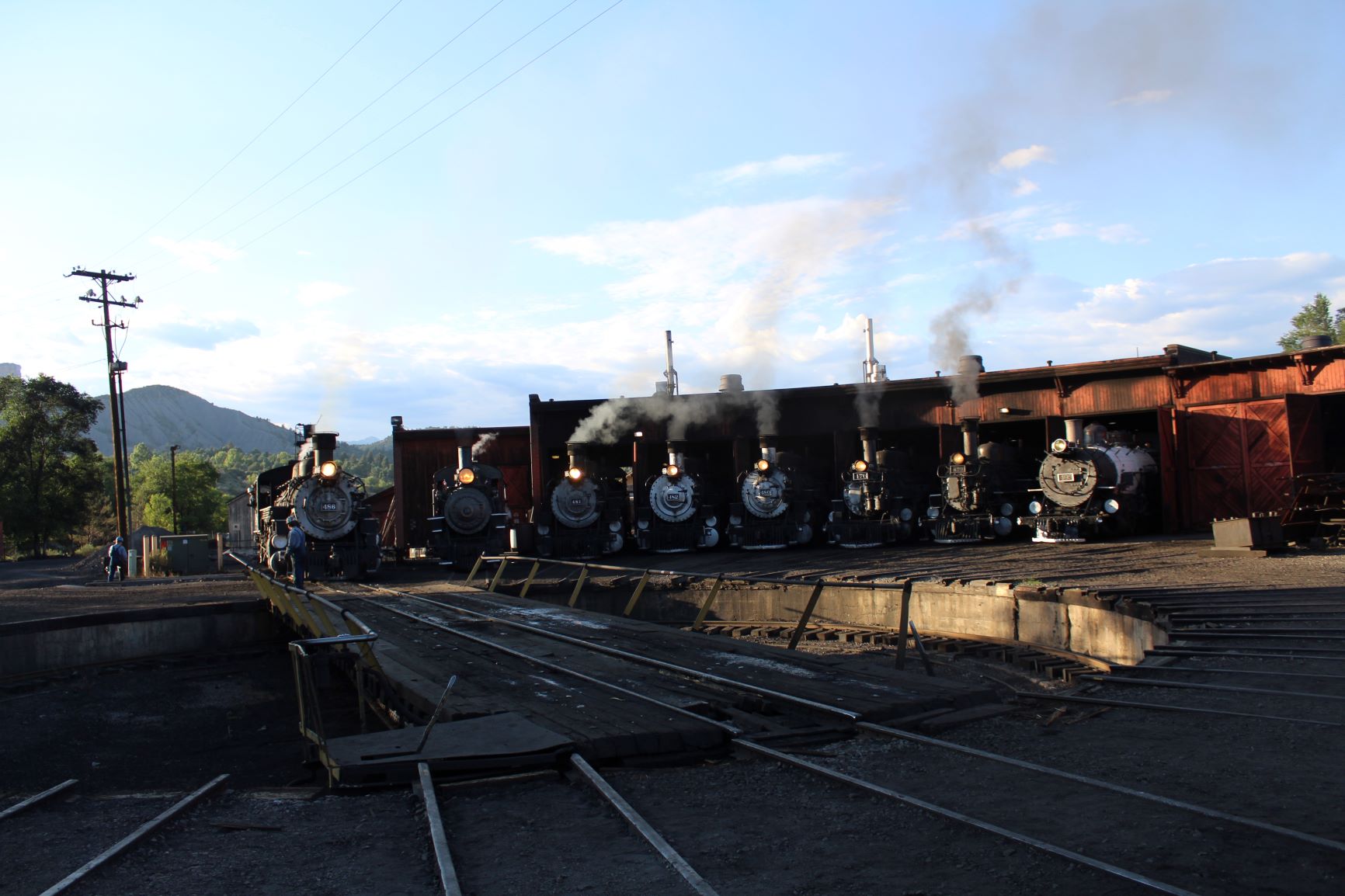 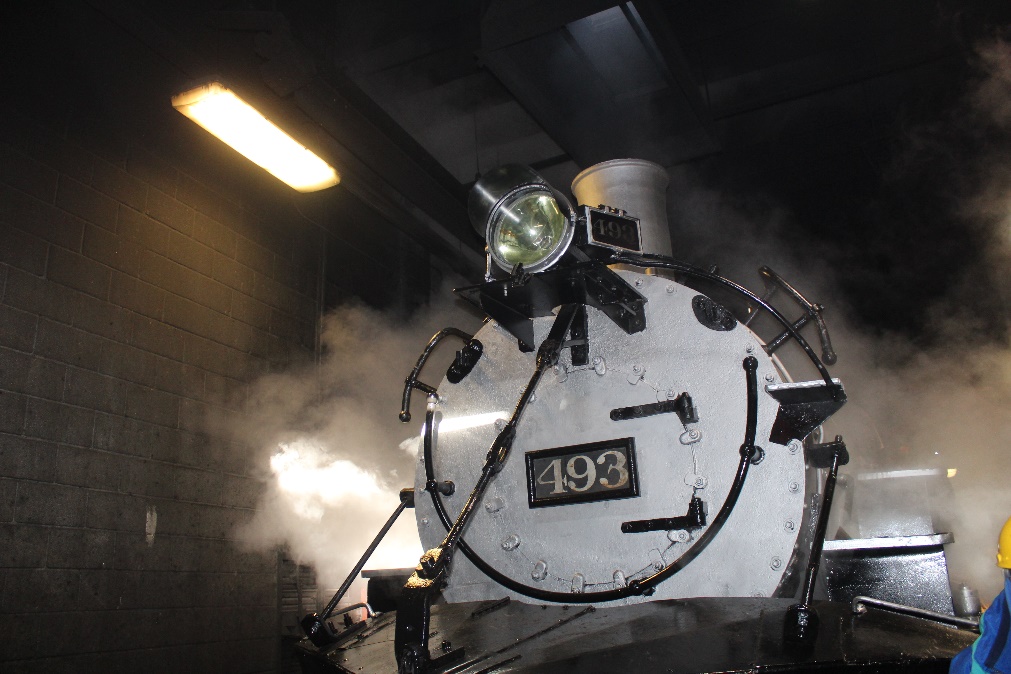 January 2020 – 493 in roundhouse getting steamed up preparing for its first test run. This rebuild and conversion of the 493 took 22 months and about 7500 man-hours to rebuild including the conversion to oil-burning and the addition of 566 flexible stay bolts. 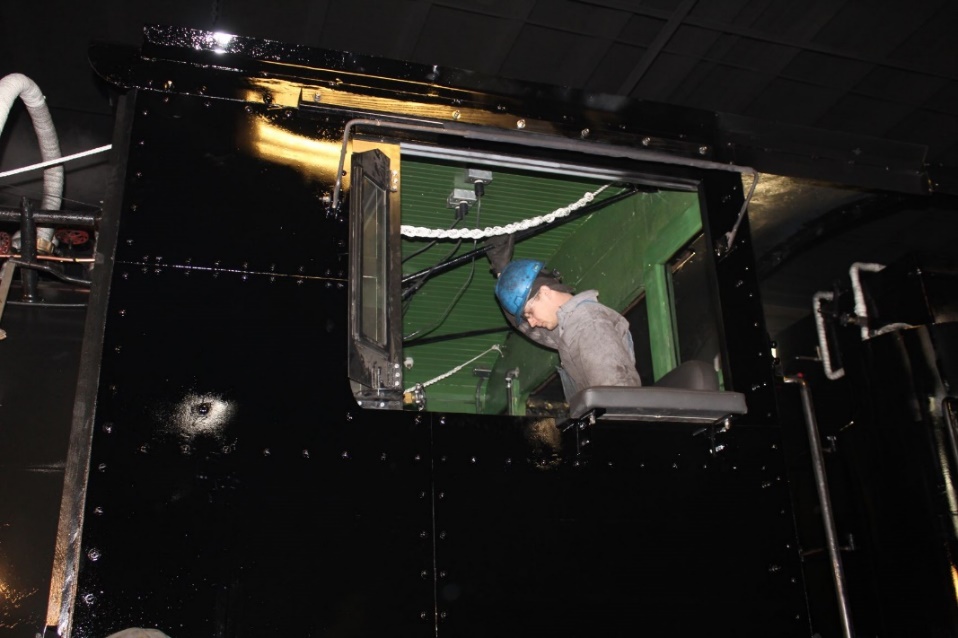 January 2020 – Roundhouse crewmember Scott Kennedy, adjusting the fire in the completely reconstructed and repainted cab of 493 prior to the locomotive’s first test run and moving under its own power for the first time since 1968. 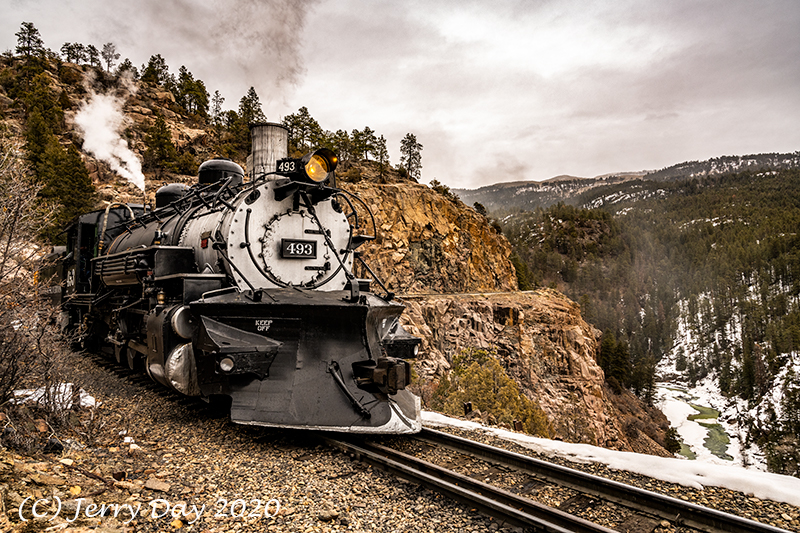 Locomotive #493 after conversion leading the 2020 Winter Photographer Train out on the highline.