Founded in 1880, Durango, named for a city in central Mexico, began as a Denver and Rio Grande Railway “company” town when the town of Animas City (located two miles north) declined to donate land for the railroad’s station and yard facilities. Like many towns founded by the D&RG, its name reflect General Palmer’s original goal of extending his railroad across the Rio Grande River into Mexico.

Durango is southwest Colorado’s largest town, with a population of approximately 15,000, (45,000 in La Plata County). Durango is near the Four Corners junction with New Mexico, Arizona and Utah, and is perched at 6,512 feet, nestled between red sandstone bluffs in the vast Animas River Valley. To the north lie the peaks of the San Juan and Needles Mountains, which rise to an average elevation above 10,500 feet. To the west are arid desert lands, and to the south lies the southern border of the two million acre San Juan National Forest, and stark canyon country. 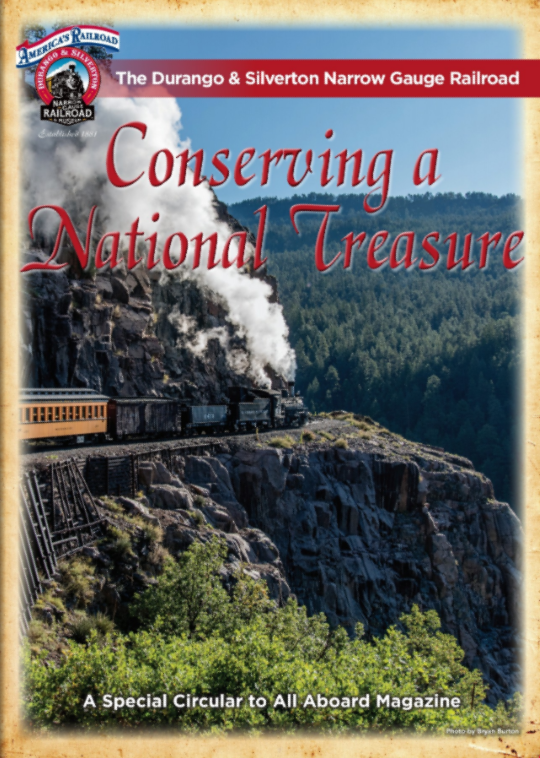 Durango’s offerings are endless and appeal to visitors of all ages. Whether its sports, shopping, dining, or just taking in the beautiful scenery, Durango is sure to exceed your expectations. 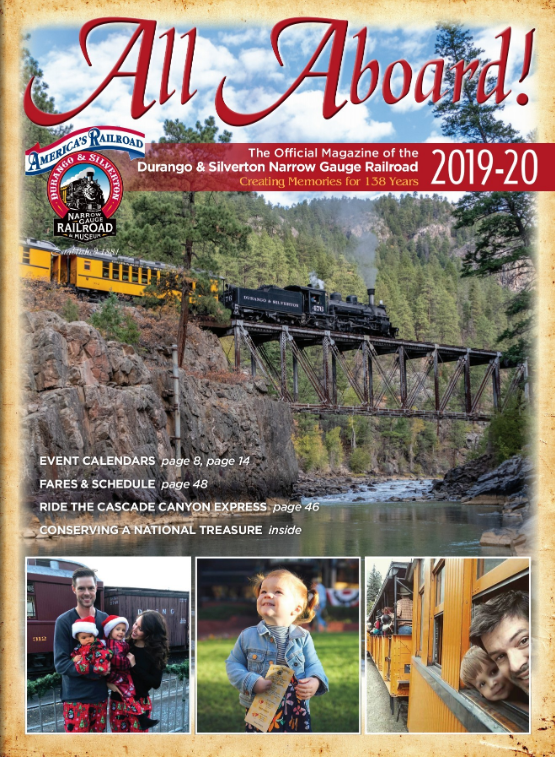 Check out our All Aboard magazine for area information.Click here for traffic, weather and webcams.

Click here for maps of Durango downtown and the Durango area.