On August 20, 2020, Locomotive #107, a 1,200 horsepower diesel locomotive, built by Alco- Montreal Locomotive Works in 1969, arrived at its new home in Durango after its lengthy journey from Skagway, Alaska. Part of a class of ten built for the WP&YR between 1969 and 1972, the “101’s” as they are commonly known, have operated most of their existence on the WP&YR; #101 and #107 both operated in Colombia between 1992 and 1999 before returning to the Klondike.
#107 is the first of four of the DL535 class Alco locomotives that were purchased by the D&SNGRR in February 2020. The second locomotive, #101, will be in Durango later in September.

The relocation of the 210,000-pound locomotives began on April 13th in Skagway, Alaska on a barge bound for Bellingham, Washington. Prior to their 1300 mile highway trip, both locomotives were stored in Bellingham with the #107 ultimately relocated to a site in Sedro Woolley, Washington before its final trip to Durango. During their stay in Washington the main generators on both locomotives were removed along with the trucks and other components necessary to reduce both their height and weight for highway transportation. The trucks were shipped to Durango in July; while awaiting the arrival of the locomotives, the D&SNG shop took the opportunity to begin work on the wheelsets. 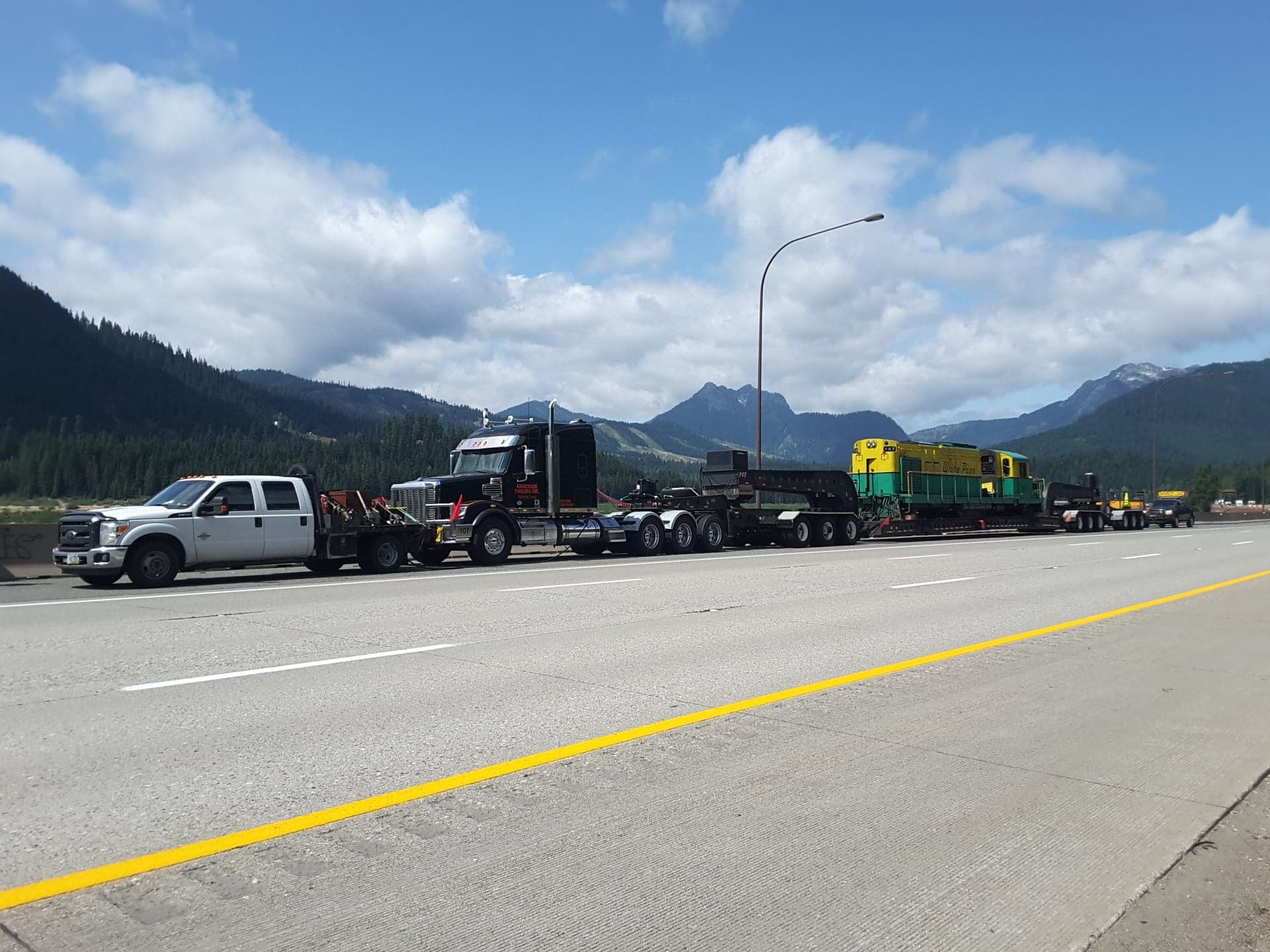 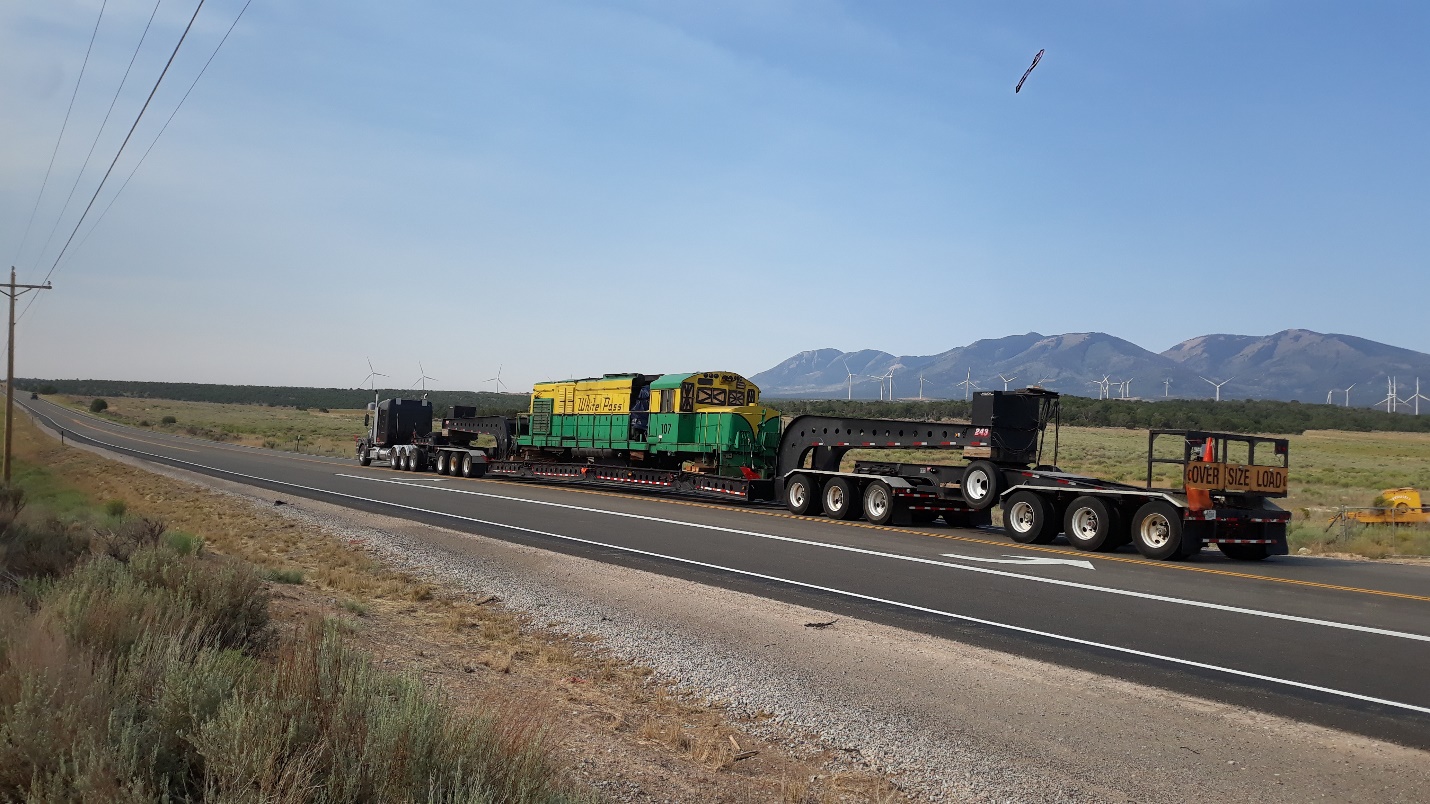 The #107 highway journey took it across the Cascade mountains in Washington, through Montana and Idaho, and into the deserts of Utah and finally into Colorado. 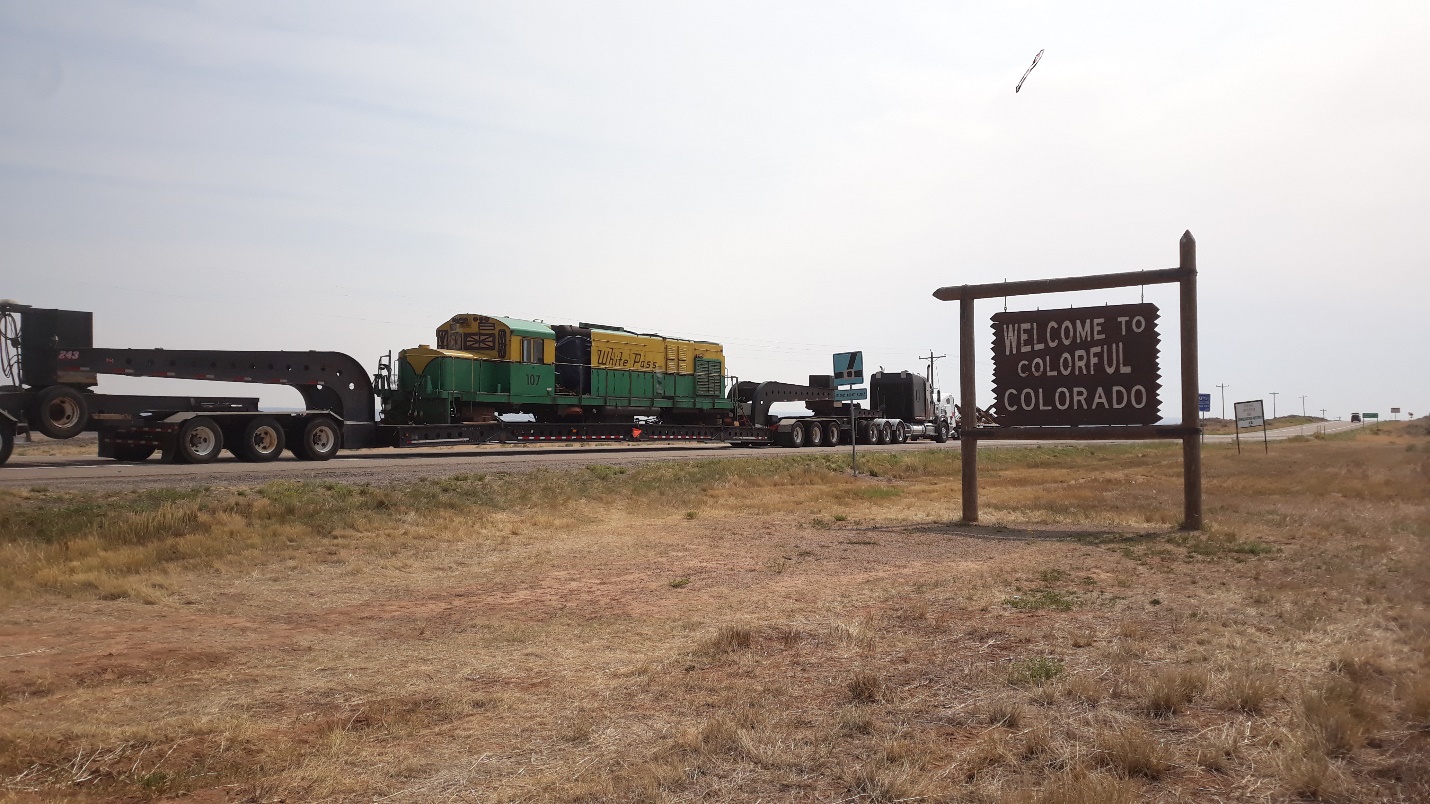 Finally arriving in Durango the #107 on its 166 foot long tractor trailer rig snaked its way into the railyard with the help of a police escort, and, ultimately was craned back onto its wheels. 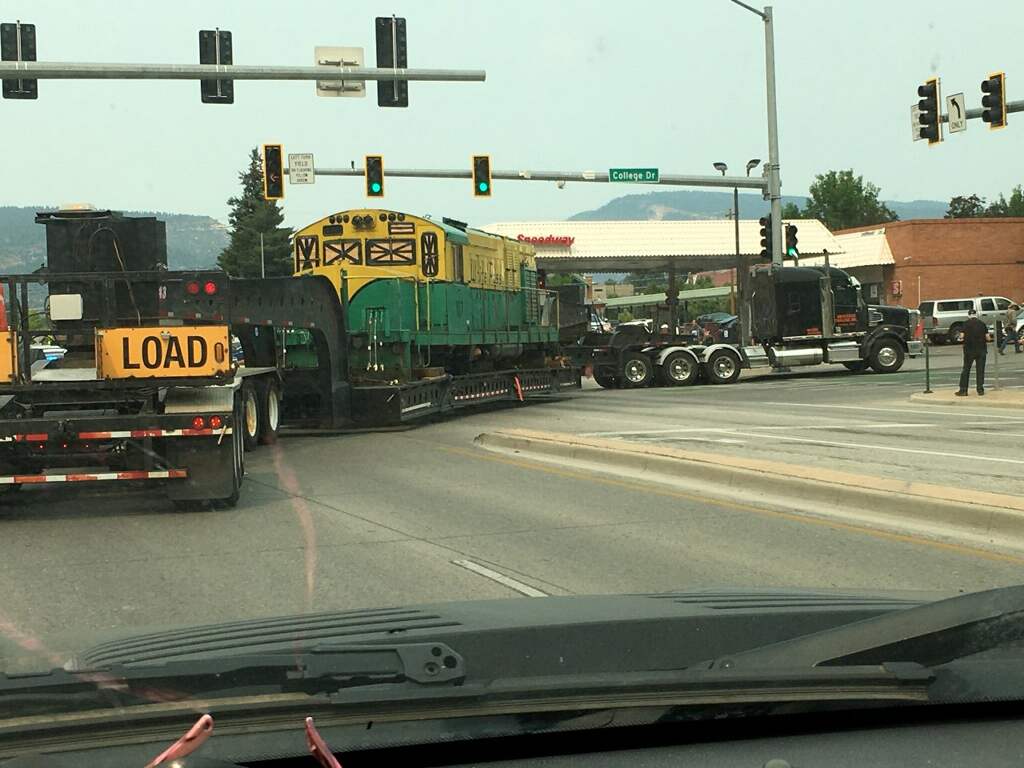 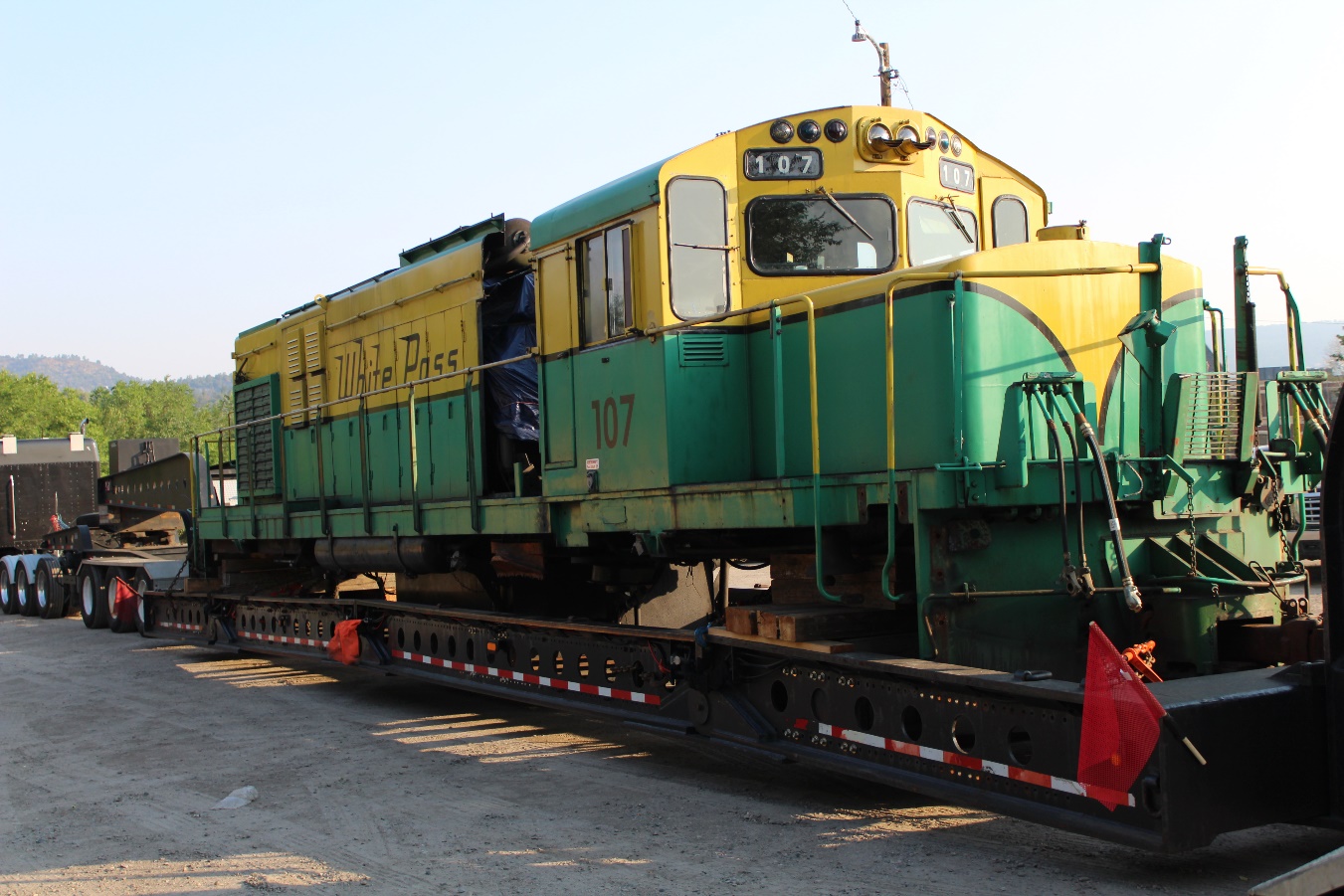 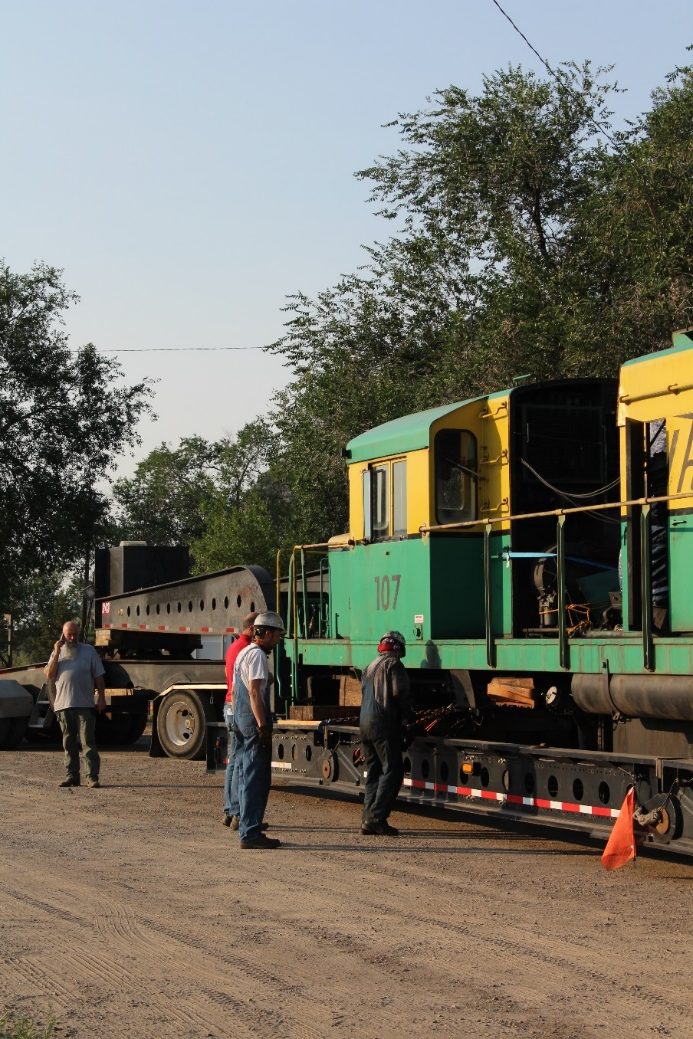 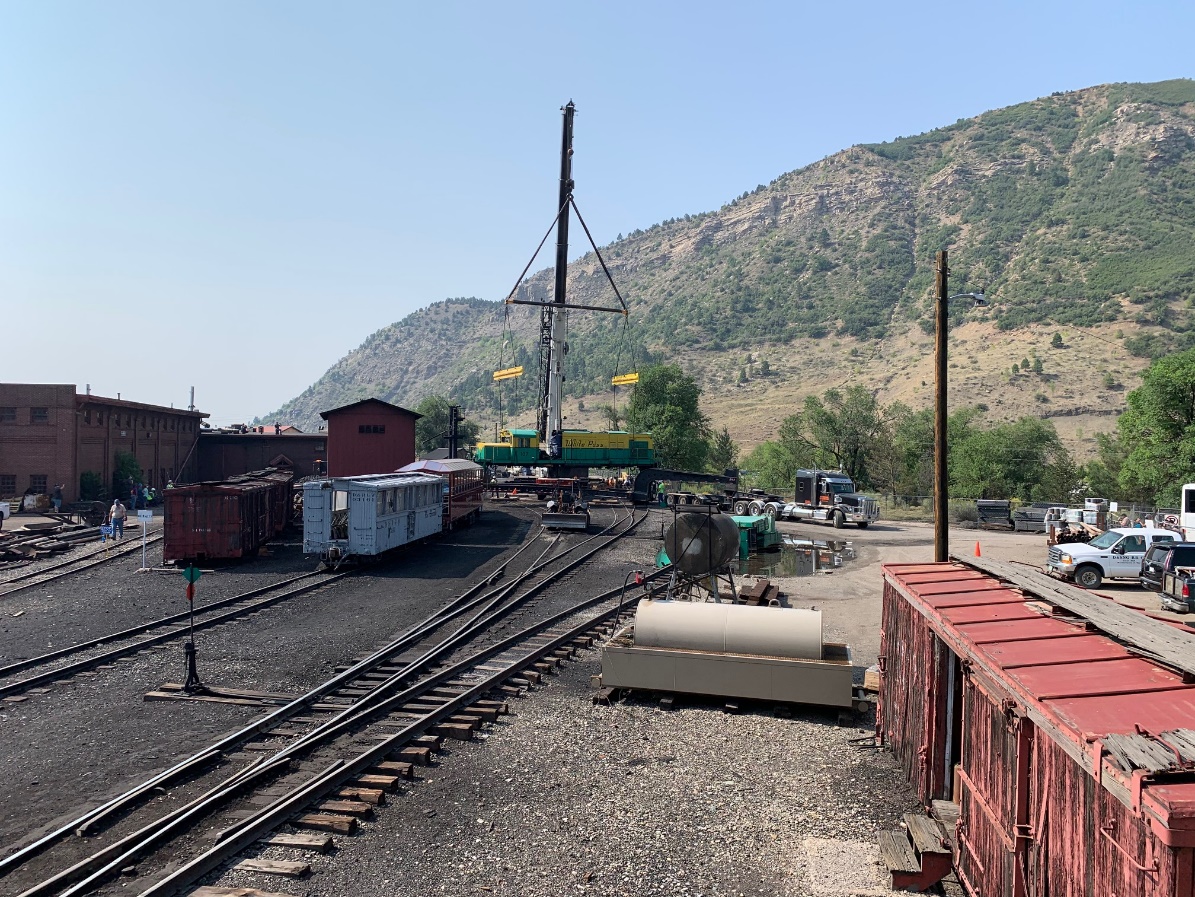 Over the coming weeks the #107 will be reassembled and tested with additional work occurring into the winter months, both the #101 and #107 are expected to see service in 2021. 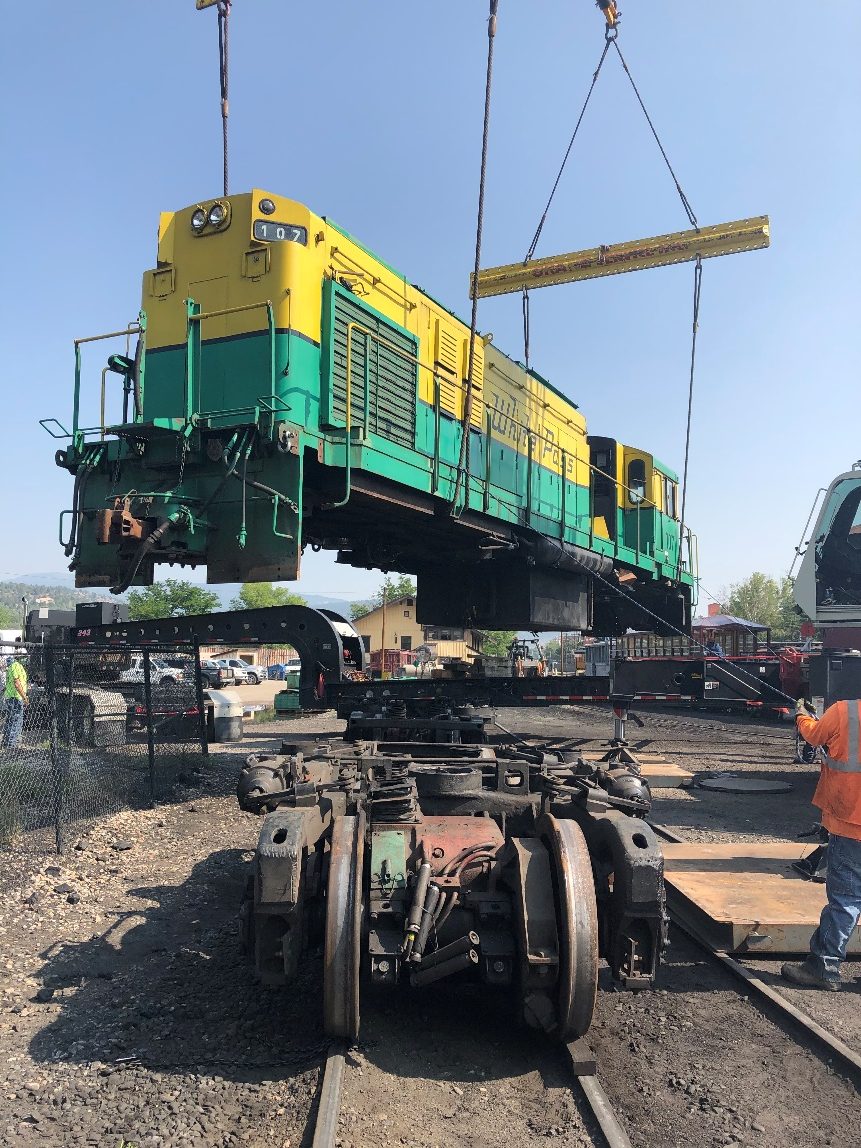 Although the D&S owns other diesel engines, none were designed for the mountainous trek to Silverton.  The new diesel engines have the capability to run from Durango to Silverton with a substantially larger train; allowing greater flexibility in operating both revenue and non revenue work trains. 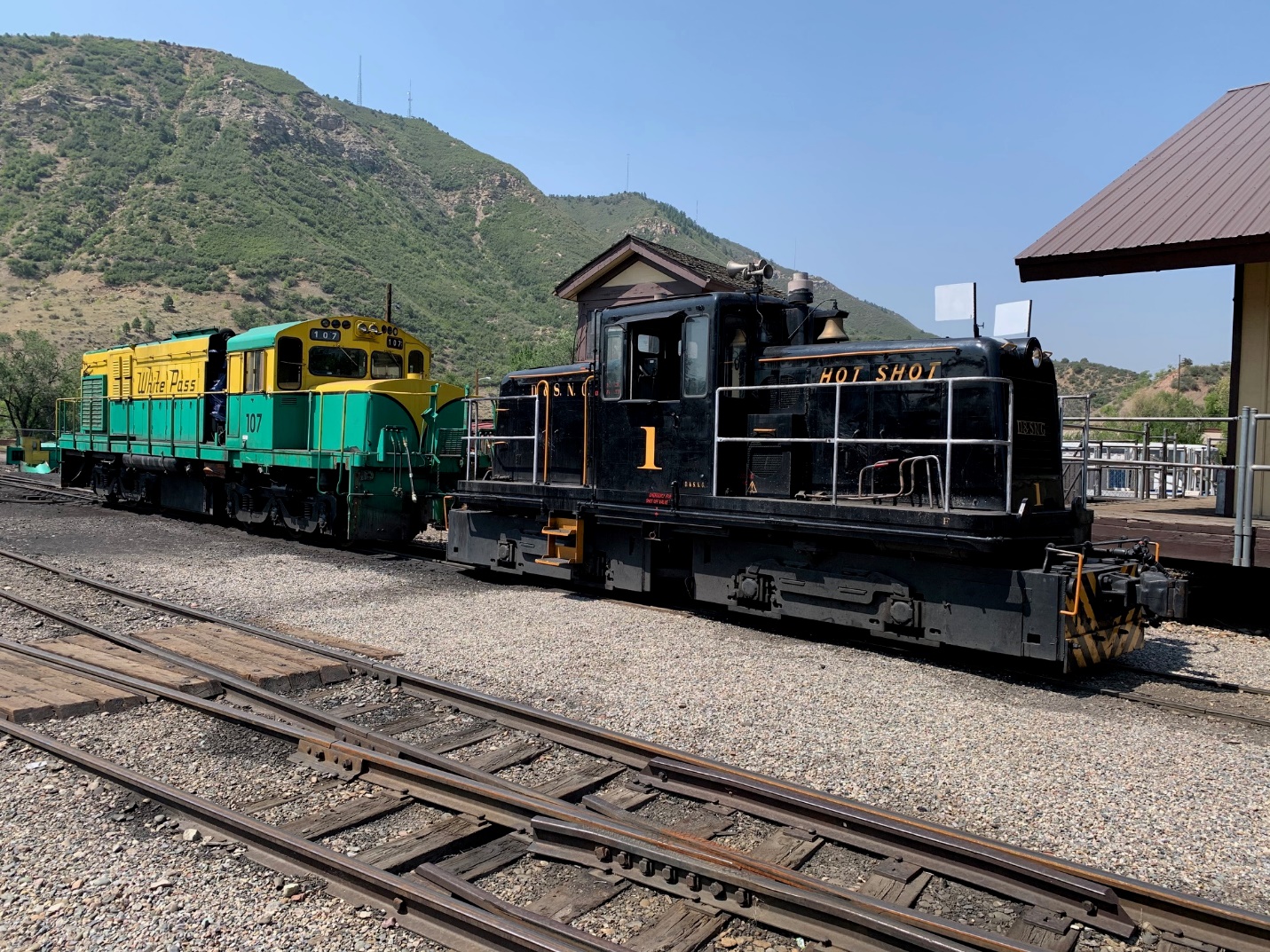