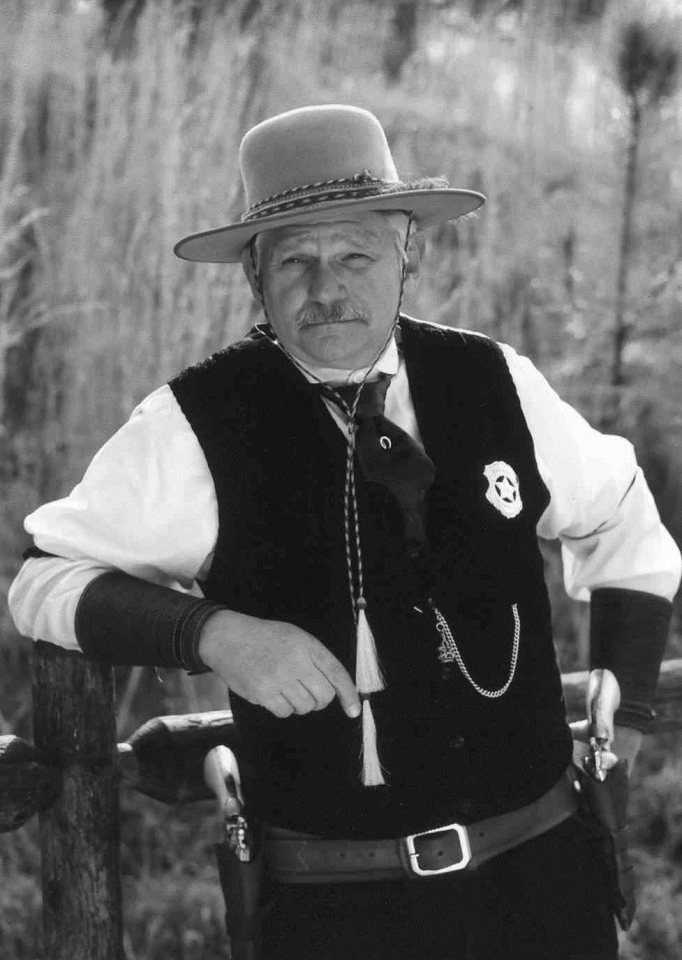 Jim Dunham gives a variety of different programs to entertain and educate any group.  These include a humorous delivery of facts about the Old West, and a display of fast and fancy gun handling like what was a staple in the early Western films.

Dunham also presents a program of history and culture of the colorful Plains Indians of the Frontier and provides a look at the clothing, songs, and dances of these Native American people.

Taking the persona of Mark Twain, Dunham can deliver a one-man program of Twain’s humorous writings and loved stories.

Jim Dunham has spent most of his life pursuing his love of the American West.  Although born in Illinois, Dunham grew up influenced by the art of Charles M. Russell, Frederick Remington and the books of Will James.  Jim was a boy when the Westerns dominated both TV and the movies.  As a teenager he was active in the sport of Fast Draw and became accomplished at gun spinning and fancy gun handling He studied acting and Fine Arts at the University of Colorado and began performing a show about the Gunfighters of the Old West for service clubs and church groups.

In 1967 Jim took his act to Hollywood and was hired by 20th Century Fox Film Corporation to perform in their Studio Tour Stunt Shows.  During the next few decades Jim would teach gun tricks and fast draw to movie actors, speak at conventions, work as a performer in the Chuckwagon Supper Show business, appear as a guest on national TV talk shows and perform at the Winter Olympics.  Currently he can be seen as a Western historian on 4 episodes of the series “Tales of the Gun” on the History Channel, and on the 2010 season of PBS TV’s “The American Experience: Wyatt Earp.” The 2010 issue of True West magazine’s “Best of the West” Source Book recently honored Dunham as the “Best Living Single Action Shooter.”

Dunham is employed as the Director of Special Projects and Historian for the Booth Western Art Museum in Cartersville, GA.  Jim has recently combined his art skills with his acting ability to create a program where he paints a watercolor painting and tells humorous stories from C.M. Russell’s book Trails Plowed Under.