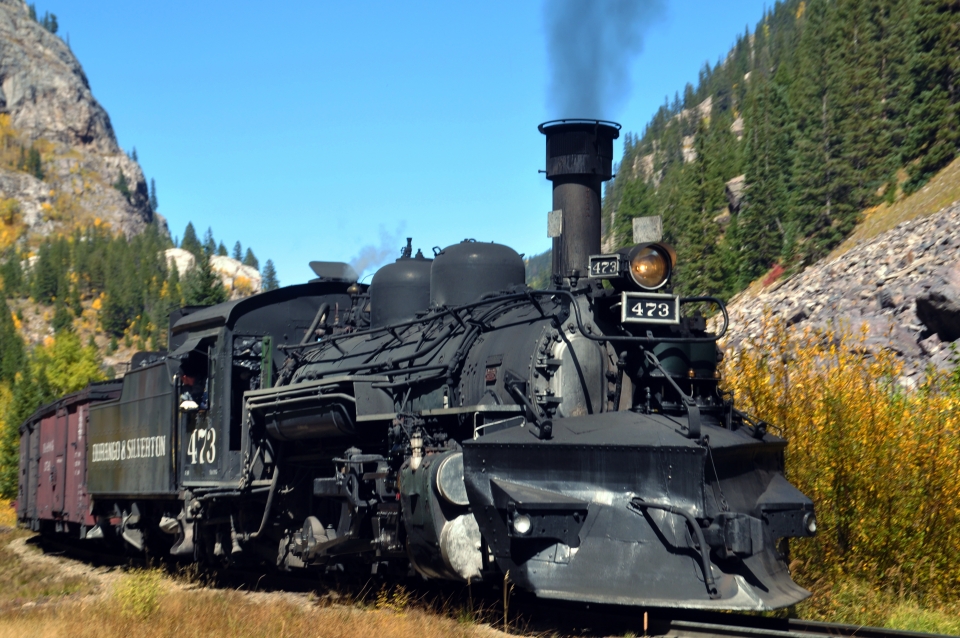 Locomotive 473: The 473 was one of ten K-28 locomotives built by the American Locomotive Works in Schenectady, New York in 1923 for the narrow gauge D&RGW. All ten engines which were called the Sport Models, were sold to the Rio Grande Railroad. The 473 worked the narrow gauge rails in Colorado and New Mexico with her sisters 470 through 479. The 473 spent a lot of time on the Silverton line, also working Durango to Alamosa and the Chili line, which ran from Antonito, Colorado to Santa Fe, New Mexico. The 473’s life changed forever in 1941 when the United States was attacked at Pearl Harbor. The U.S. feared a Japanese invasion through Alaska, across the Bering Strait. The U.S. wanted to build a narrow gauge railroad in Alaska to move troops and supplies into that remote area to defend Canada and the U.S.

Seven of her nine K-28s sisters were taken to Alaska, along with other narrow gauge rolling stock and locomotives, including 470, 471, 472, 474, 475, 477, and 479. After World War II, these seven Rio Grande locomotives were brought back to Seattle, Washington where they met the scrapping torch.

The 473 was delivered from the American Locomotive Company in August 1923 with a medium green boiler jacket, cylinder covers and headlight. She had silver striping and 12” lettering (currently 16” lettering). The cab, dome, frame, and plumbing were black, as was the tender.